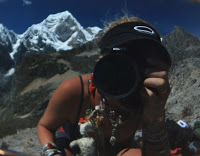 Eight days of trekking in the Cordillera Huayhuash!

THE TEAM: What they had to say … 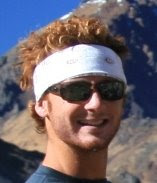 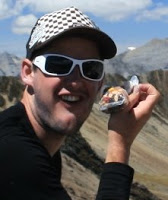 Nixon, Tazmania “couldn’t have done without lipbalm, chocolate and my scroggin (trail-mix)”

Nick, Australia “guitar, sunnys and a really good sleeping bag will sort you out” 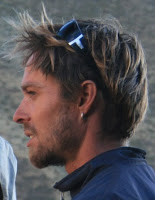 Max, Australia
“yoga mat and coca leaves for the altitude” 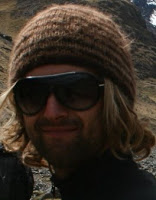 Locky, Australia
“chocolate and salami is all I need” 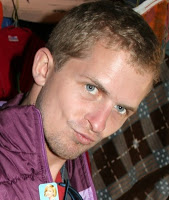 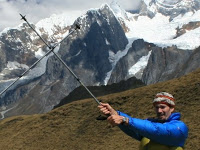 Matthieu, France
“my walking poles
and down jacket, we”

Mike, Canada
“a warm down
sleeping bag is
essential for the
cold nights and I
could not have
managed without
my practical
walking poles” 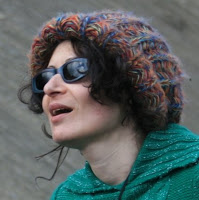 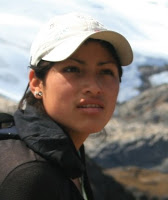 Ma, our cook, and her daughter, Betsy , our guide.
Sheeips and Han (below). 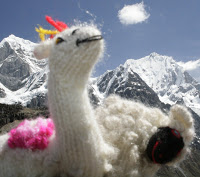 The two donkey drivers (below middle).

The last night’s supper (below)! 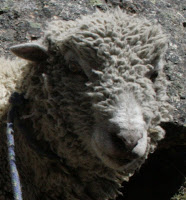 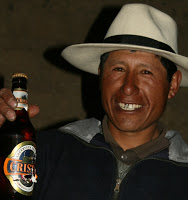 The most important addition to the team … the beer man! On arrival at the hot springs on the third day, we were amazed to discover this angel selling beer. The altitude, hot water and size of the bottles left us feeling quite merry. He even hiked over the mountain with his backpack to fetch us more beers. Amazing! Where they came from, we still don’t know, but they were some of the best we’ve ever tasted!

Right, that was the team: Ten gringos (tourists), a few donkeys to carry the tents, food, etc. and 6000 meters above sea level (ASL) peaks! Now for the photos … eat your hearts out! This is the Cordillera Huayhuash, a range in the northern Andes.

The Cordillera Huayhuash has one of the best trekking circuits around the world. This mountain range is located south of the well known Cordillera Blanca, in the Cordillera de los Andes; Peru. It stretches 30 kilometers from north to south, and includes impressive snow-covered peaks such as Yerupaja at 6634m ASL, the second highest peak in Peru, and Siula Grande at 6336 m ASL.

Below: Locky and Max strut their
stuff. Looking good boys!

Left: Frenchie challenged me to a duel for the right
to the top of another almost-5000m ASL pass.

When in Rome, do as
the Romans do. When in Peru,
let the donkeys carry your load!

In the Cordillera Huayhuash, close to the trekking, climbing and mountaineering meca of Huaraz, ten of us were lost in a land of snowy peaks for eight days. As the pink hues touched the craggy peaks on our first day, we gathered back from our evening strolls. Having arrived at the grassy spot just after seven hours in a bus, it was bliss to be able to stretch our legs and give our lungs a taste of what was to come over the next week. At over 4000 meters above sea level (ASL) it was a bit of a pant to the small waterfall hiding between the cracks. The temperature dropped immediately as the sun sank behind snow-capped peaks. The smell of fried onions and soup lingered around the kitchen tent, inviting cold bodies to partake of the heat.

Left: Frenchi, who can be viewed far left as he attempts to clear a river, had the sexiest map of the Huayhuash range.

Left: Max with a gob full of coca leaves. By slowly masticating, chemicals are released which dilate the blood vessels, allowing oxygen to be pumped through the body faster. This helps with the high altitude and relatively low levels of oxygen which cause altitude sickness.

Nick enjoying the view with Sheeips and Han, “Moi bueno!”

Meat drying on one of the local farmer’s
houses. Hungry?

Our second night’s camp along a glacial lake.

In the evenings at camp, Jack and I played chess religiously while Locky, Nick and occasionally Frenchie (Matthiue) strummed away on Nick’s recently purchased guitar. As soon as the sun sank we squeezed into the kitchen tent to keep warm where supper was served. Sleepless nights followed as temperatured dropped to below freezing. I luckily had two down sleeping bags the last two nights. I have to add that I slept in thermals, jeans, four pairs of socks, a down jacket, a fleece jacket, two fleece tops, my beanie and gloves. On two occasions I took sleeping pills and on another night tried to warm up with red wine which proved to be very ineffective against the cold. One morning we woke up to ice on the inside of our tent. Yes, folks, it was cold!

Day three did not dissapoint!

After a swim in the icy Lago Gangrajanca on the second day, the hike to the top of the 4830m ASL Siula Punta thawed the joints out. The views from the top were worth the lung stretching gulps of air which just didn’t satisfy at altitude when muscles demand oxygen.

Left: The “polers”, Mike and Matthieu

had six limbs each at all times.

Below: Morning mist kept the
sun from warming us up.

Donkeys carried tents, food and excess luggage, meeting us each night when we set up camp. Our guide, Betsy and her mother, the cook, accompanied us through Spanish explanations. The two “polers”, as I knicknamed Matthieu and Mike, used their walking poles religiously. The three Australians babbled on sweetly about surfing. The extravert Tazmanian farmer ate his choclate stash and scroggin (trail-mix) as if we were not not going to be fed for another week. And I continued along in a dream land of beauty.

Left: Betsy, our guide, thought I was worth stitching to her cap.

Ah, the hot
springs at
the end of
day three.

The beer made aching bodies feel as if they were in heaven!

Below left: Jack took one step further into heaven and soaped
himself with the locals.

Left: Ever heard of gibbons?
Below: Day three’s camp at a melodious river. But even
beer-induced sleep was not enough to numb the chill.

Far left: Frenchie was one of the few smiling on the fourth day when we hiked over a 5200m ASL pas in the snow. Hangovers at altitude are no fun!

We hiked up lung-bursting passes, one in particular we did in the icy snow and rain. There was even dangerous areas of loose scree which had to be crossed, but the unimaginatble views were worth every oxygen-deprived breath.

On the fourth day we encountered the highest pass. This we hiked in the snow and descended in the continuing sleet. There was a second, equally high view point further on. As it was off the route and an additional ascent, this part of the day was optional. Three of the group decided to stroll to camp along with the donkeys while the rest of us punished our bodies further. The view at the top was one of the sweetest I have seen, worth every painful step!

Below: Innes reaching the top of the view point … happiness!

Below: Jack chose the most random moments to ablute.
The toothbrush came out after our climb to the viewpoint.

Below: The British do have a style of their own. Jack couldn’t resist
trying on a jacket of his choice in the only shop along the way.

Still no excuse though, dude!

Below: Locals bury
potatos for a year and eat
them as dessert when they
are eventually dug up. 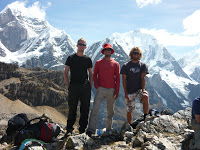 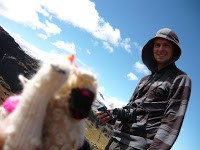 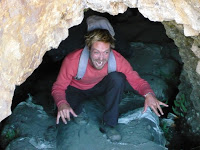 Below: Nixon couldn’t
wait for supper! 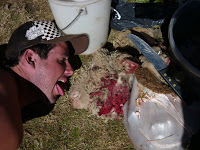 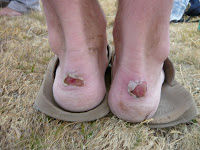 Every night the campsites had panoramic views of an ice-cap amphitheatre. Waking up to the cold air countless times each night made the tent episodes almost unbearable. In the morning there was ice covering the canvas (left), and my underwear which I left out over night was indeed frozen (below left)!

Below: Betsy tried to give Jack extensions with the icicles she found. He wasn’t too fond of the idea.

Below: It was a sad moment when

Chilling at our last night’s camp.

Left: Nixon snorred and Max passed way too much

gas, but otherwise they were great tent-mates!

Left: On the last day Nixon
was man-down. We still think
it was too much rum and not
the water, buddy, sorry!

So, I did it, the daunting Huayhuash. And having had the experience – freezing and not being able to sleep properly at night, oxygen-deprived gulps of air while walking up icy passes – would I do it again?
My answer: Hell, yes! I’d leave immediately!